Welcome to the OPONEO Press Office

Sales of motorcycle tyres on the rise 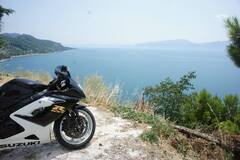 According to ETRMA, in 2016 every European market recorded a growth in sales of motorcycle tires, which increased by an average of 4%. However, not every European market recorded the same growth.
It should be emphasized that in terms of the number of sold motorcycle tires the best market for OPONEO.PL is still the United Kingdom, followed by the Netherlands and Spain, with the participation of the sales volume amounting sequentially to 20% and 23%.

- In 2016, OPONEO Group on all of its markets recorded a 10% increase in sales of motorcycle tires in comparison with the 2015 - said Ernest Pujszo , Project Manager. Apart from the natural, the largest increases in sales on the OPONEO’s emerging markets were recorded on the Dutch market- he adds.

In the top of the best foreign markets for OPONEO Group are Germany and Italy, where the sale of motorcycle tires is maintained at a similar level. According to information provided by organizations Ancma and Confindustria, after the crisis of 2013, the Italian automotive industry is starting to come out of the recession. In 2015, for the first time there was a 10% increase in the number of registered motorcycles,as well as the growth in production of the new ones, that brought a profit of 965 million euros. The trend was maintained in the first months of 2016 In the period between January and May, the growth amounted to 17%.. The situation on the Italian market with each year becomes more stable, which certainly is a good sign for the tire industry.

According to the Motor Cycle Industry Association, December in UK was simply a record month in terms of sales of motorcycles and mopeds - the increase was over 110%. In 2016 it was registered more than 128,000 motorcycles, which is the highest in more than seven years The huge increase in the number of motorcycles in the UK is a proof that the largest motorcycle tire sale recorded by OPONEO on that same market ,was not accidental.

One of the top three countries in terms of sales of motorcycle tires for OPONEO, was also Spain. The national association ANESDOR, informed that the enrollments of motorcycles grown 16.1% in 2016 and there were 171.304 units registered. These figures represents the consolidation of the growth of the sector. By markets, motorcycles concentrated 88% of the total of the two wheelers and contributed decisively to the growth in 2016.

More than 30 % growth, compare to 2015, OPONEO recorded in the Netherlands. Newsmotor.nl informed that the registration of mopeds (two- and three-wheel with a capacity of 50cc or less) continued to increase in some major European markets, such as Spain (17.173 units, 8%) and the Netherlands (67 825 units, 3%) In 2016 in the Netherlands, there was 4.% (80 697) increase in sales of new motorcycles and mopeds. The aforementioned increase in the number, is also reflected in the sales results achieved in the same period of time on the Dutch market by OPONEO Group.

We use cookies on this website in order to provide you with better services and user experience. You can change the cookie settings on your browser.